In December 2001, an engine failure while cruising the Pacific Ocean forced euroAtlantic's L-1011 to an emergency landing in a small island called Nauru (Micronesia).

Despite the wrong references to the Christmas Island (Kiritimati) and Cassidy Airport, it was in fact in Nauru that CS-TEB was stuck for a few days during the Christmas season.

The failure of the low pressure spool (N1) affected the engine #2 - Murphy's Law! In fact, no maintenance facilities were available at the airport and even the heavy equipment to change the engine in the #2 position (the highest one) had to be carried together with the replacement engine inside a Il-76 aircraft. Due to the short runway of this remote island, a two-engine ferry was ruled out.

TAP's maintenance (highly experienced on the L-1011) was responsible for such a huge task also with the help of the entire euroAtlantic's crew and it took almost two days to complete the engine change.

During her stay in Nauru, one road had to be closed so the L-1011 could be parked in such a way that it would not impede the normal operation of the Air Pacific's B737.

And now the photos of the epic engine change relying on manual force: 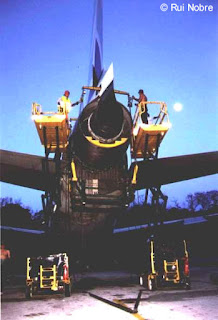 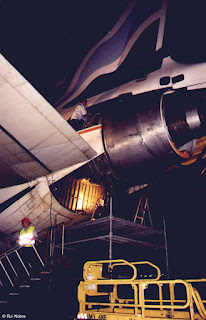 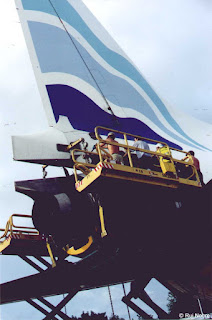 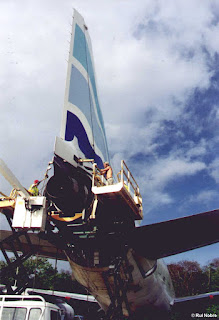 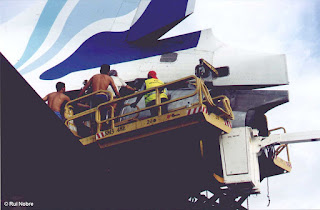 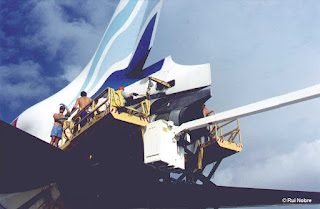 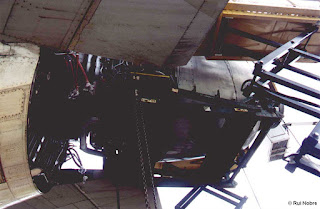 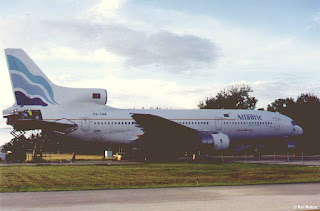 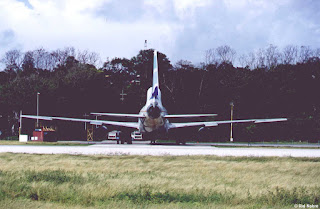 Without proper pushback equipment, the manoeuver had to be improvised with a regular but powerful tractor.

After ten days spent in Nauru Island, CS-TEB was again fit to fly! 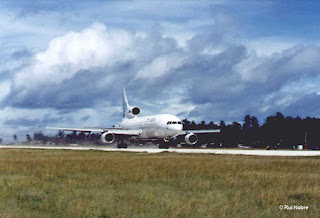 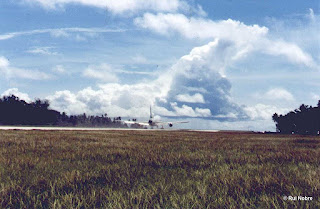