I hope everyone is enjoying a great Christmas Season and would like to wish all our readers a happy New Year!

The first pages of the very first version of what became the TriStar500.net were written 17 years ago between Christmas and the last days of 1999. I was only 17 by that time. It has been a long run but we renew the promise to keep our mission of tracking any L-1011 activity around the world during the next year.

For 2017 we are expecting another Stargazer/Pegasus launch (ICON) and the ferry flight of the ex-Flying Hospital to Kansas City.
Publicada por LisbonJet em 5:05 PM 1 comment:

Email ThisBlogThis!Share to TwitterShare to FacebookShare to Pinterest
Etiquetas: About

Not everything is like good news about TriStars these days. The gorgeous N388LS belonging to Las Vegas Sands casino was finally scrapped at Don Muang Airport (Bangkok) in the beginning of this month... This aircraft was damaged beyond repair, in 2011, during the floods.

Today, the most beautiful airplane made by man, launched its Pegasus XL rocket to space where a total of eight micro-satellites were deployed into orbit. From Orbital ATK:

The next Pegasus launch using the L-1011 carrier "Stargazer" will be already next year with ICON mission scheduled for June 15, according to Spaceflight Now:

By this time, contact has been established with the first of the eight CYGNSS micro-satellites, and you can read Orbital ATK's press realease about today's successful launch by following the link bellow.

CYGNSS given a GO for Thursday launch

NASA managers have given a GO for the next attempt to launch of the agency’s Cyclone Global Navigation Satellite System (CYGNSS) mission now scheduled for Thursday at 8:26 a.m. EST.

Live coverage on NASA TV will begin at 7:00 a.m. EST. Full article in the link below.

According to NASA Blogs:


The CYGNSS launch planned for Wednesday, Dec. 14 is being delayed due to an issue with flight parameter data used by spacecraft software. The issue was discovered during routine testing Tuesday. The new flight parameter data have undergone verification testing on the engineering model, and will be uploaded to the spacecraft on Wednesday. The uploading of new flight data is a very routine procedure, and is expected correct the issue. The next launch attempt will be determined pending the results of ongoing tests.

Email ThisBlogThis!Share to TwitterShare to FacebookShare to Pinterest
Etiquetas: Information

It was announced yesterday that a new attempt to launch the Pegasus rocket with eight small CYGNSS satellites is now scheduled for tomorrow:

Orbital ATK and NASA announced today that the next launch attempt of the Pegasus rocket will be scheduled no earlier than December 14, with a launch window from 8:20 to 9:20 a.m. EST. This additional time will allow for a replacement L-1011 carrier aircraft component to arrive from Mojave, California, and be installed, as well as support the required crew rest requirements.

Today’s launch was aborted due to an issue with the launch vehicle release system on the L-1011 Stargazer. The hydraulic release system operates the mechanism that releases the Pegasus rocket from the carrier aircraft. The hydraulic system had functioned properly during the pre-flight checks of the airplane.

Due to a malfunction of a hydraulic pump associated with the release mechanism of the Pegasus rocket (not a problem with the aircraft own flight systems) the launch was aborted for today and the Stargazer safely returned to Cape Canaveral.

The malfunction was detected only after take-off, 25 minutes prior to the first launch attempt. The Stargazer circled the established launch circuit for a second time while both ground control and airborne engineering teams tried to overcome the problem and make the hydraulic pump work again.

Unfortunately it was not possible to proceed with the launch and the aircraft returned to the departure base with Pegasus rocket still attached under its belly. If Orbital ATK teams are able to resolve the malfunction in due time, another launch will be scheduled for tomorrow at the very same hour. The weather conditions which also posed some difficulties today are expected to improve tomorrow.

Despite everybody's disappointment, it was a great opportunity to get wonderful views of the airborne L-1011 that was chased by a NASA's F/A-18.
Publicada por LisbonJet em 3:00 PM No comments: 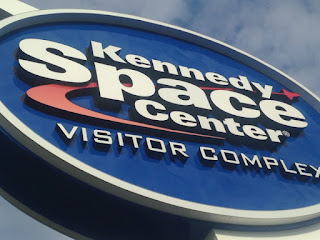 NASA is providing a countdown timer on their CYGNSS dedicated website. Right now, we have 3 hours and 20 minutes until the launch!

The L-1011 STARGAZER is set for take-off from Kennedy Space Center, in Cape Canaveral.

Article about Pegasus' payload that will be launched today

NASA is preparing to launch a constellation of small satellites designed to aid weather forecasters in understanding and predicting hurricane intensity.

The eight observatories comprising the Cyclone Global Navigation Satellite System, or CYGNSS, will be delivered to Earth orbit by an Orbital ATK Pegasus XL rocket. The Pegasus XL and its microsatellite payload will be air-launched from the company's modified L-1011 aircraft, nicknamed Stargazer, after taking off from the "Skid Strip" runway at Cape Canaveral Air Force Station in Florida. Launch is planned for Dec. 12 at 8:24 a.m. EST.

To that end, CYGNSS will focus its attentions on the tropics, taking measurements where hurricanes form -- including Hurricane Matthew, which affected Florida in October.

"Forecasting capabilities are going to be greatly increased," NASA Launch Manager Tim Dunn said of CYGNSS. "As a Floridian, I will really appreciate that, certainly based on what we had to do this fall with Hurricane Matthew."

This will be the first launch of a Pegasus XL launch vehicle from Kennedy in more than a decade, with such launches typically taking places from Vandenberg Air Force Base in California or the Reagan Test Range on the Kwajalein Atoll. "Because it's heading to the 'hurricane corridor,' we had to launch from Florida," explained Aly Mendoza-Hill, CYGNSS mission manager for NASA's Launch Services Program, or LSP. Based at NASA's Kennedy Space Center in Florida, LSP is responsible for spacecraft to launch vehicle integration and launch management.

The Space Physics Research Laboratory at the University of Michigan College of Engineering in Ann Arbor leads overall mission execution in partnership with the Southwest Research Institute in San Antonio, Texas. The Climate and Space Sciences and Engineering Department at the University of Michigan leads the science investigation, and the Earth Science Division of NASA's Science Mission Directorate oversees the mission.

"Launch Services has been working with the CYGNSS team for about three years," Mendoza-Hill said. "We have a whole team that has helped the launch vehicle and the spacecraft come together."

The CYGNSS satellites and Pegasus XL rocket went through most of their prelaunch preparations in Orbital ATK's facility at Vandenberg. The rocket arrived there in April 2016 and the satellites followed in September. Following rocket assembly and checkout, the eight observatories were mated to their deployment module and tested. Finally the CYGNSS payload was encapsulated in the rocket's protective payload fairing, and the vehicle was attached to the Stargazer aircraft.

In an ironic twist, Hurricane Matthew sideswiped Kennedy Space Center and Cape Canaveral Air Force Station in early October. Forecast to make landfall on Florida's Space Coast as a Category 4 storm, Matthew's intensity decreased and its path wobbled slightly east of predictions. It moved past the spaceport on the morning of Oct. 7 as a still-powerful Category 3 hurricane.

Although the CYGNSS payload, Pegasus XL rocket and Stargazer aircraft were safe in California at the time, the storm still impacted the launch date.

"We were originally going to launch CYGNSS in the November timeframe, but as fate would have it, Hurricane Matthew had other things to say about the Eastern Range launch schedule, pushing us into December," Dunn said. "So it's appropriate for CYGNSS that we're launching a little bit later -- because of a hurricane."

The Stargazer aircraft made the cross-country flight to Florida on Friday, Dec. 2, touching down on the Skid Strip in the afternoon with the Pegasus XL rocket already secured to its underside. Following their arrival, the spacecraft, vehicle, aircraft underwent several days of testing to ensure they are all ready for the flight ahead.

Early Monday morning, the Stargazer will take off from the Skid Strip and carry the Pegasus XL rocket aloft to a designated point. From there, the rocket is dropped, and after a short freefall, it launches horizontally in midair as its first engine burn begins.

"A launch from a Pegasus is very unique," Mendoza said-Hill. "The plane flies at about 39,000 feet, then the rocket is released. Five seconds later, it ignites and leaves the atmosphere."

The CYGNSS satellites are expected to be in orbit with their solar arrays deployed within about 15 minutes of launch, with solar array deployment about 10 minutes after each separation, setting the stage for a two-year mission to improve hurricane forecasts that in turn could protect lives and property in coastal communities.

Exciting days ahead for Stargazer and N910TE

For those who love the L-1011, we are certainly living exciting days with another Pegasus launch scheduled for tomorrow and with the perspective of the ex-Flying Hospital being flown to Kansas  City where it will be preserved.

The Stargazer and the ex-Flying Hospital are perhaps two of the most notorious L-1011s that were given unusual missions after their passenger service life and that survived until today.

NASA's Kennedy Space Center broadcasted yesterday a video about the upcoming Pegasus launch where they invited their viewers to get inside the Stargazer.

And also TriStar Experienced shared some photos on their Facebook of N910TE with new titles and acknowledgments applied on the fuselage while giving us the following information:

With her name and acknowledgements applied, N910TE is one step closer to her ferry flight to KC. Once in KC, we start prepping her for kids STEM educational programs.

We expect to be back tomorrow, hopefully with news of another successful launch!
Publicada por LisbonJet em 4:14 PM No comments:

According to NASA there is a 70% chance of favorable weather conditions for the launch of the Pegasus XL rocket next Monday.


Read more about this at:

The RB211 was a revolutionary turbofan engine featuring a triple-spool architecture. It was initially designed for the L-1011 but it also powered other aircraft such as the 747, 757 and 767. It also gave birth to the sucessful and technologically advanced Trent family.